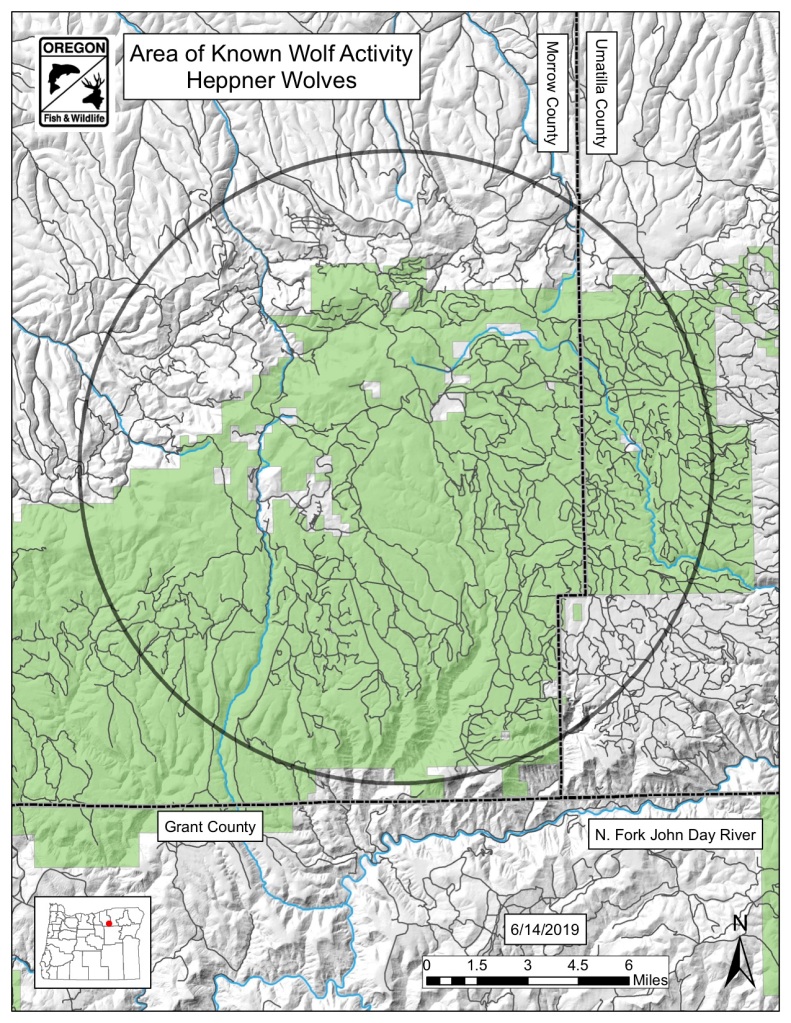 A pack was discovered in January 2016 in southwestern Umatilla County, Oregon. The pack included 2 adults and 3 pups born in 2015, and counted as a breeding pair. The pack was set to be named after further investigation determined its use area.

However, the pack was not rediscovered during the spring, summer, or fall of 2016, and no official pack name was given.

In January 2017, three wolves were again counted in the area.

In 2018, two separate groups of two wolves were documented to be using the area. As of June 2019, wolves continued to use the area. No pups have been sighted, and monitoring will continue.

Pack status: Designated in January 2016; undesignated thereafter. The wolves currently using the area are not designated as a pack.