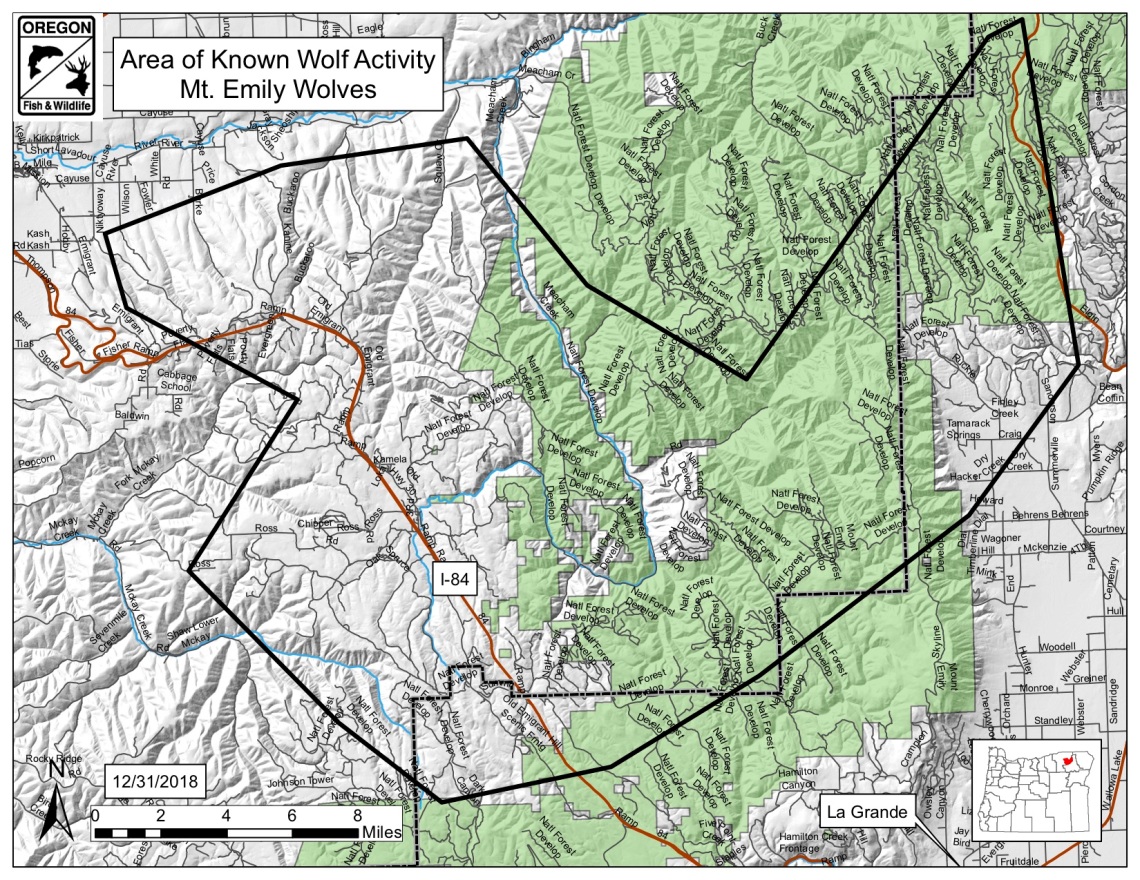 The Mt Emily Pack was first identified in 2013 in the central portion of the Mt Emily Unit, east of Pendleton, Oregon. Before they were designated pack status they were known as the Mt Emily Pair. The original breeding male, OR-11, is a radio-collared disperser from the Walla Walla Pack. OR-28, a sub-adult female was collared in June, 2014. The 72-pound black wolf was the first radio-collared wolf in this pack. The pair produced at least four pups together. Two depredation incidents were attributed to this pack in 2014.

The breeding female died in March 2018, and only OR-11 (the breeding male), and one yearling, were documented in the area at the end of 2018. The wolves were not counted a pack or breeding pair for 2018.

OR-28: Collared by ODFW on June 7, 2014. A yearling female weighing 72 lbs at the time of collaring. In early November 2015 OR-28 dispersed from the Mt Emily pack. By Nov. 19, OR-28 arrived into the area she continued to use in the Fort Rock and Silver Lake wildlife management units of Klamath and Lake County. In June 2016 it was announced that OR-28 had paired up with OR-3, a male wolf that dispersed from the Imnaha Pack. The announcement coincided with trail camera photographs that showed OR-3 with one young wolf pup, the first known offspring of OR-3 and OR-28. On October 6th, 2016 OR-28 was found illegally killed in the Fremont-Winema National Forest near Summer Lake, Oregon.

OR-26: Male pack member that was radio collared in the Mt. Emily wildlife unit on May 25, 2013. He weighed 100 lbs. at the time, making him one of Oregon’s biggest wolves. Collar data collected in the ensuing days prompted ODFW to declare a second pack in the area and he paired up and has had two pups. They are now called the Meacham Pack. 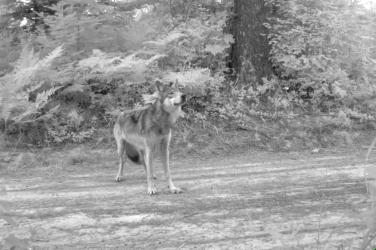 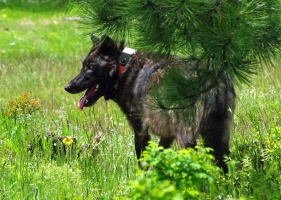