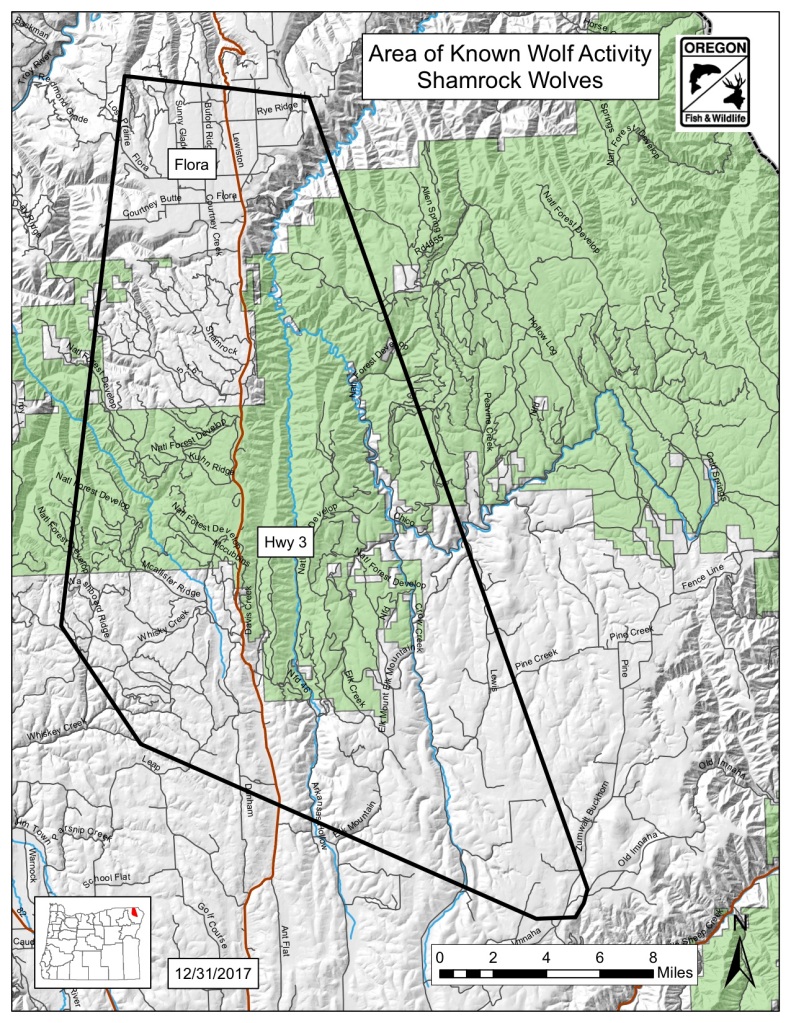 The Shamrock wolves were known as the Chesnimnus Pair before being designated pack status in NE Oregon by Oregon Department of Fish & Wildlife. In 2015 three pups were born that survived to the end of the year.

OR-23 is the breeding female, a radio-collared wolf that dispersed from the Umatilla River Pack in November, 2014. She then paired with a male wolf in the Chesnimnus Wildlife Management Unit.

On March 2, 2017, the Oregon Department of Fish & Wildlife (ODFW) reported that wolf, OR-48, a Shamrock Pack adult male, was found dead on February 26th on private land in northeast Oregon after the wolf encountered an M-44 device,  a spring-activated device containing cyanide powder. The device was in place as part of USDA’s Wildlife Services operations to control coyotes and prevent coyote-livestock conflict on private land in northeast Oregon.

In 2017, the Shamrock pair produced at least one pup, but survival is unknown. No wolves were documented in the territory in 2018, so this pack status was discontinued.

Pack Status: Designated in January 2016. No longer an active pack.