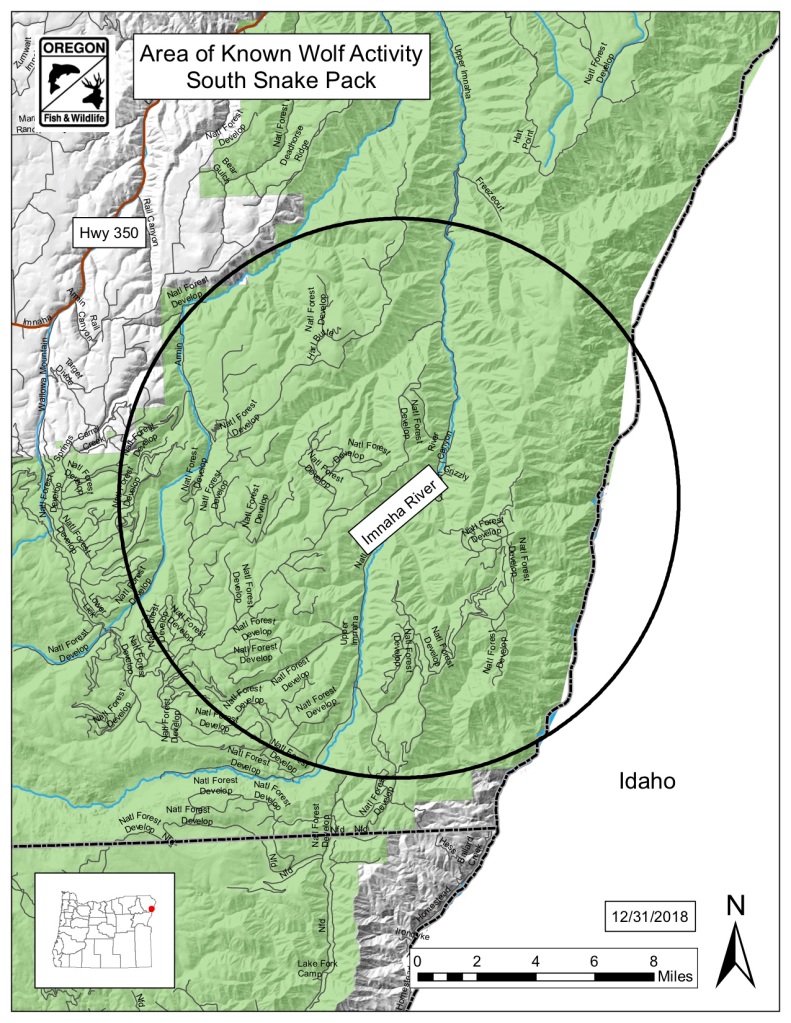 Remote camera photographs taken near the end of March, 2015 showed six gray wolves in the South Snake Pack with at least 2 pups born in 2014. This was the evidence needed to confirm the South Snake wolves as a new pack in Oregon.

Evidence of gray wolf activity in the south Snake River Unit began as early as August 2014 and information of repeated use of this area (by wolves other than the Snake River Pack or the Imnaha Pack) was later documented in January 2015. Although evidence of at least two wolves was confirmed, little is known of these wolves. OR-36 is a collared adult female of the South Snake Pack. The pack produced at least 2 pups that survived to the end of 2015.

Reproduction was not confirmed in 2016, and the pair was not counted as a breeding pair. In 2017, three wolves were counted in part of this pack’s range, but it was unknown if they were related to the South Snake wolves. In 2018, a new pair of wolves produced four pups that survived to the end of the year. No wolf in this area is currently collared.

Current Numbers: 6 (2 adults, 4 pups); it is unknown whether these are the same family as the South Snake Pack designated in 2015.